A brand which sprung from history, heritage and family traditions, Pin Gin is perhaps the most recognised Lincolnshire product to emerge over recent years – and what better time to put the folks behind it in the spotlight then Gin-uary!

A product of Bottomley Distillers Ltd, Pin Gin is the result of childhood fascination, inherited skill and a rise in the craft market – one which gave co-founders Alan Bottomley and Amy Conyard the chance to firmly root Pin Gin in the county’s artisanal market place and its distillery as the oldest in Lincolnshire. 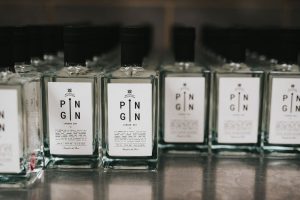 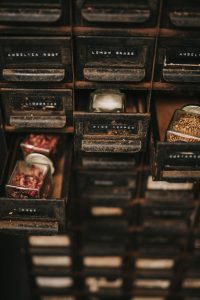 A family owned distillery, Bottomley Distillers Ltd has a heritage which dates back to the 1950s where the original Mr Stansfield Bottomley, Alan’s father, was working as a small-scale whiskey producer. Living originally in West Yorkshire the Bottomley family moved to Lincolnshire in the early 1980s where Stansfield’s youngest son, Alan, became fascinated by the production of spirit. Turn the clock forward to 2016 and, inspired by his father, Alan together with Amy founded the distillery.

Since 2016 the now award-winning business has grown, going quite rapidly from strength-to-strength. Even when it all began, with small batch gin being produced in Alan’s garage, Pin Gin’s success soared. Alan and Amy have worked tirelessly over the last four years to create something which is not only self-sustaining in an environmental sense but a business which works with countless other local producers to assist their success and development. The adage, spread the wealth, couldn’t be more apt.

“Gin has taken off in such an unpredictable way over the past few years. I remember the days when it was Bombay, Gordan’s, Hendricks and Tanqueray that sat on the back of the bar. Amy and Alan have really hit the nail on the head with their ethos and products. What started as a passion for them both, has grown into an incredible business.”

The past year alone has seen Bottomley Distillers Ltd take up numerous new distilling contracts – making gin for other businesses – the new distillery, shop and gin school open which coincided with a rebottle and rebrand, two new flavoured gins launch as well as a new bottle size, and a new product – the uncasked Lincolnshire grain single malt whiskey spirit – released. All in less than 12 months. They don’t come much more dedicated than Alan and Amy. 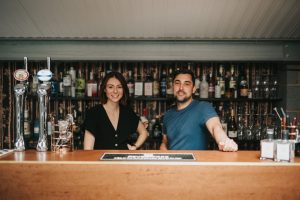 Working from their state-of-the-art distillery in the quaint market town of Louth, Alan and Amy focus their energies in different areas of the business, working ever efficiently to their strengths. Master distiller Alan takes care of all elements of production and distillation, putting his second-generation distilling skills to fantastic use, while Amy manages the business side of things, from marketing to finance and everything in between. 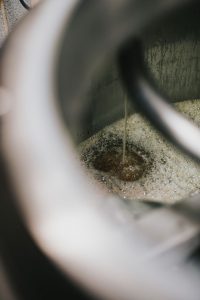 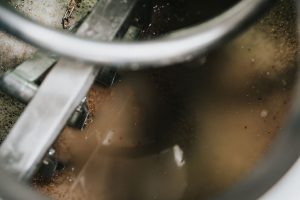 “Steve helped Alan a lot in the developmental stages of Pin Gin in fact, using his knowledge of flavours and their combinations to help us create the perfect botanical blend. He advised us on what flavours complimented each other, helped us understand them, and there were lots of tastings, of course, to make sure it was perfect.

“Given the relationship we had previously, it was naturally Charlotte and Steve we turned to to help us launch the product to retail back in 2016. They hosted the launch and have been proud to carry our products ever since. We have even created them a bespoke cocktail menu.” 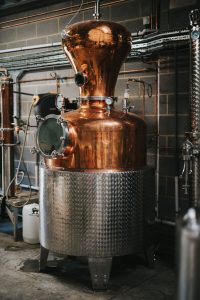 The past year has also seen the distillery team expand to include Kellie as distillery manager and Tom as brand development executive. A fine-tuned machine, this small team and the distillery have a significant impact on the economy. Just last year it was reported that the gin industry was worth £1.9billion to the UK economy and the majority of that is the little guys. 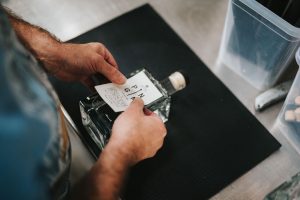 “We can’t look to the big guys to make a difference, we as a collective of smaller independent businesses should all be making the effort to make changes – from using paper bags to sustainable barware,” says Amy.

And Bottomley Distillers Ltd is certainly doing its bit. Another accolade to be awarded to the business last year was the award for Innovation in Sustainability at the Tech & Innovation Awards. The PLC controls that operate the process at the distillery run with AI and work by self-learning where wastages are. The system itself is continually working to create a zero-waste distillation process. 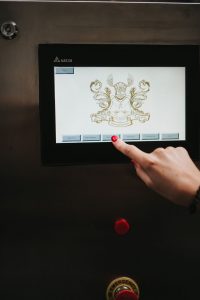 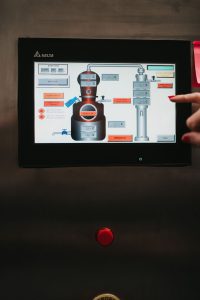 “The first time we ran the system we used £400 of energy and water. By the fifth time it had reduced, by itself, to £160,” explains Amy. “It learns where it can save on heating, condensing… at every stage of the distilling process. Across our sector it’s not a process widely used, distilling is usually quite rudimental so to still be able to use our copper stills and keep reducing costs and wastage significantly is something we’re thrilled to be doing.”

So impressive is this technology that it has just been commissioned and installed at the brand new £1.4million Manchester Gin distillery in Manchester Central, with Alan consulting over the install.

There is plenty in the pipeline for 2020 too – first and foremost the reveal of the distillery’s new charity partner. 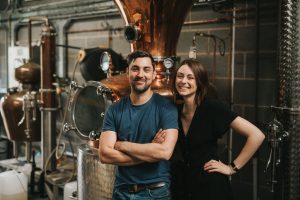 “Our charity partner for 2020 is St Barnabas Hospice. It’s an organisation we both feel strongly about and to kick off our partnership we’re launching the Gin and Jammies campaign. We have been lucky enough to experience a growth period so we want to give back and help other organisations grow alongside us. Having the opportunity to be involved in projects like this really is something we’re proud of.”

You can find out more about Pin Gin, Bottomley Distillers Ltd and Alan Amy and the team by visiting www.bottomleydistillers.co.uk