The Cure-All Lounge is the perfect backdrop for intimate gathering, one to one meetings and private dinner parties for up to 12 guests.

The Cure-All Lounge is named after the Grand National winner, which was trained at Healing.

‘Cure-All showed such a good jumping ability and speed as a hunter that it was suggested he be entered into a match with a highly regarded local chaser named Crocous. Despite losing almost 100 yards when going the wrong side of the flag at one obstacle and falling during the race, Cure-All was still beaten only a neck in the contest, bringing him to the attention of racehorse owner William Sterling-Crawford.

Sterling-Crawford had placed an entry for his well fancied Rat Trap in the 1845 Grand National but when that horse was forced to withdraw through injury he was allowed to nominate a substitute to run in his colours of white with black sleeves and cap. Loft agreed to allow a lease of Cure-All to run as a nominee on condition that Loft himself be allowed to ride.

The horse was walked most of the way from Healing, Lincolnshire to Aintree, arriving the on the evening before the race in a very poor looking state, which led to the bookmakers offering the horse the next day at any price the public wished to offer, so poor were his chances thought to be.’

To book an appointment with our Weddings and Events Team T. (01472) 884544 or E. events@healingmanorhotel.co.uk 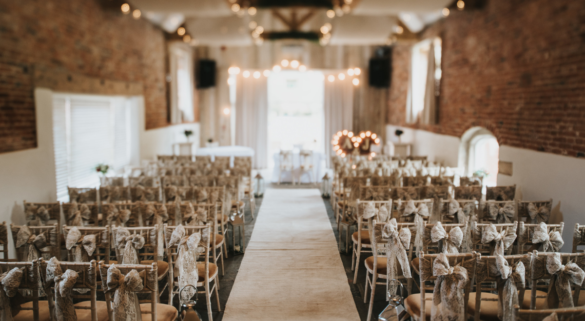